More details on what you need to know in Alberta:

Health Minister Tyler Shandro said Friday that Alberta’s Phase 1 vaccination rollout will be slowed after learning about a temporary reduction in Canada’s supply of the Pfizer vaccine.

“It will take longer to complete immunization of the priority health-care workers who are currently part of Phase 1,” Shandro said at a news conference Friday afternoon.

“It will also delay our ability to start immunizing all seniors over the age of 75, regardless of where they live and all Indigenous seniors who are 65 years and older.”

Shandro said on Thursday that Alberta will ease some public health restrictions starting on Monday, allowing personal and wellness services businesses to reopen by appointment only.

The changes will impact hair salons, barber shops, esthetics, manicure and pedicure businesses, reflexology, piercing and tattoo shops, and other personal and wellness services throughout the province.

Appointments should be limited to one-on-one services and businesses, Shandro said, and clients are expected to keep following the public health guidelines. 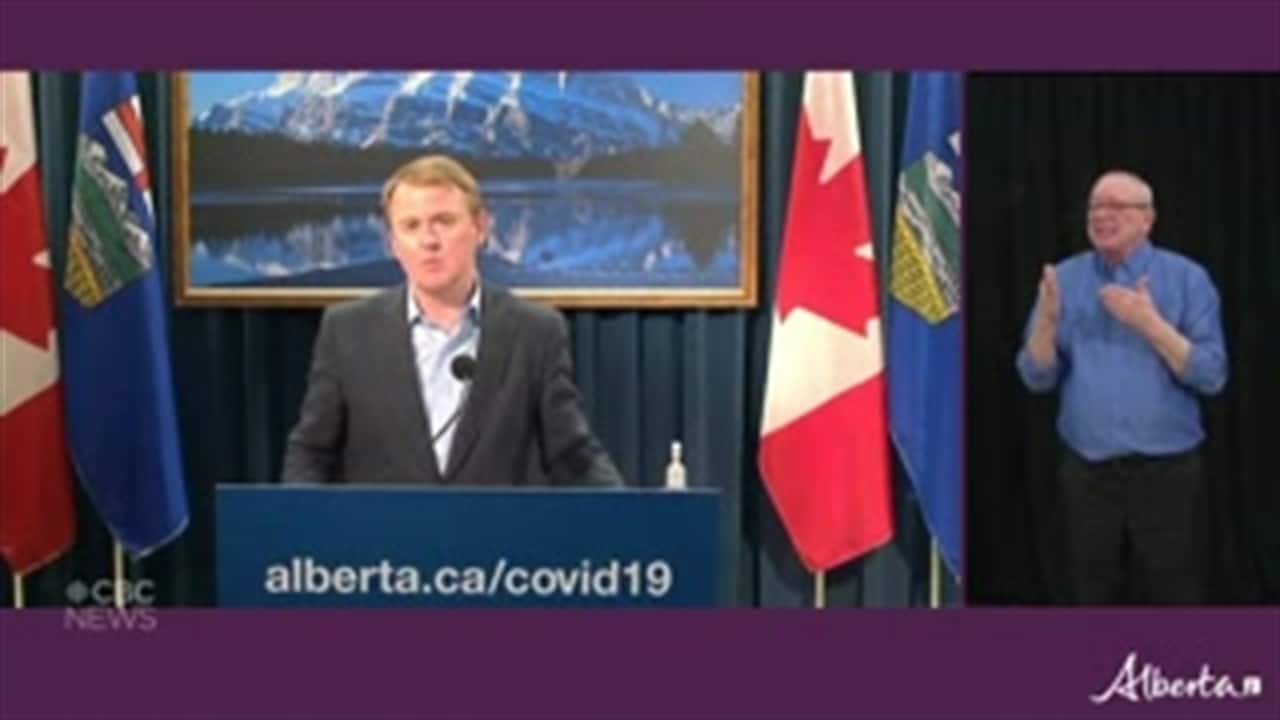 Alberta plans to ease some COVID-19 restrictions but Health Minister Tyler Shandro has words for those who might take advantage of the changes. 0:51

“Alberta’s case numbers and hospitalizations remain high and they pose a threat to our health-care system capacity and they continue to,” Shandro said.

“Today we can’t entirely ease up on this goal, but we can make small adjustments to provide Albertans with some limited activities.”

There are 765 people in hospital, 122 of whom are in intensive care, down slightly from 795 in hospital the previous day. Another 15 people have died, a total of 1,417 deaths.

The provincewide R-value is 0.90, meaning that each person who contracts COVID-19 will transmit coronavirus to less than one other person, on average.

Fears of a post-holiday COVID-19 surge appear not to have materialized in Alberta, and experts say current trends are encouraging, but the province still has some way to go before major public-health measures can be safely lifted.

“We look at this big picture and what it’s suggesting is that what we’re doing in Alberta is working,” said Dr. Craig Jenne, an associate professor of microbiology, immunology and infectious diseases at the University of Calgary. 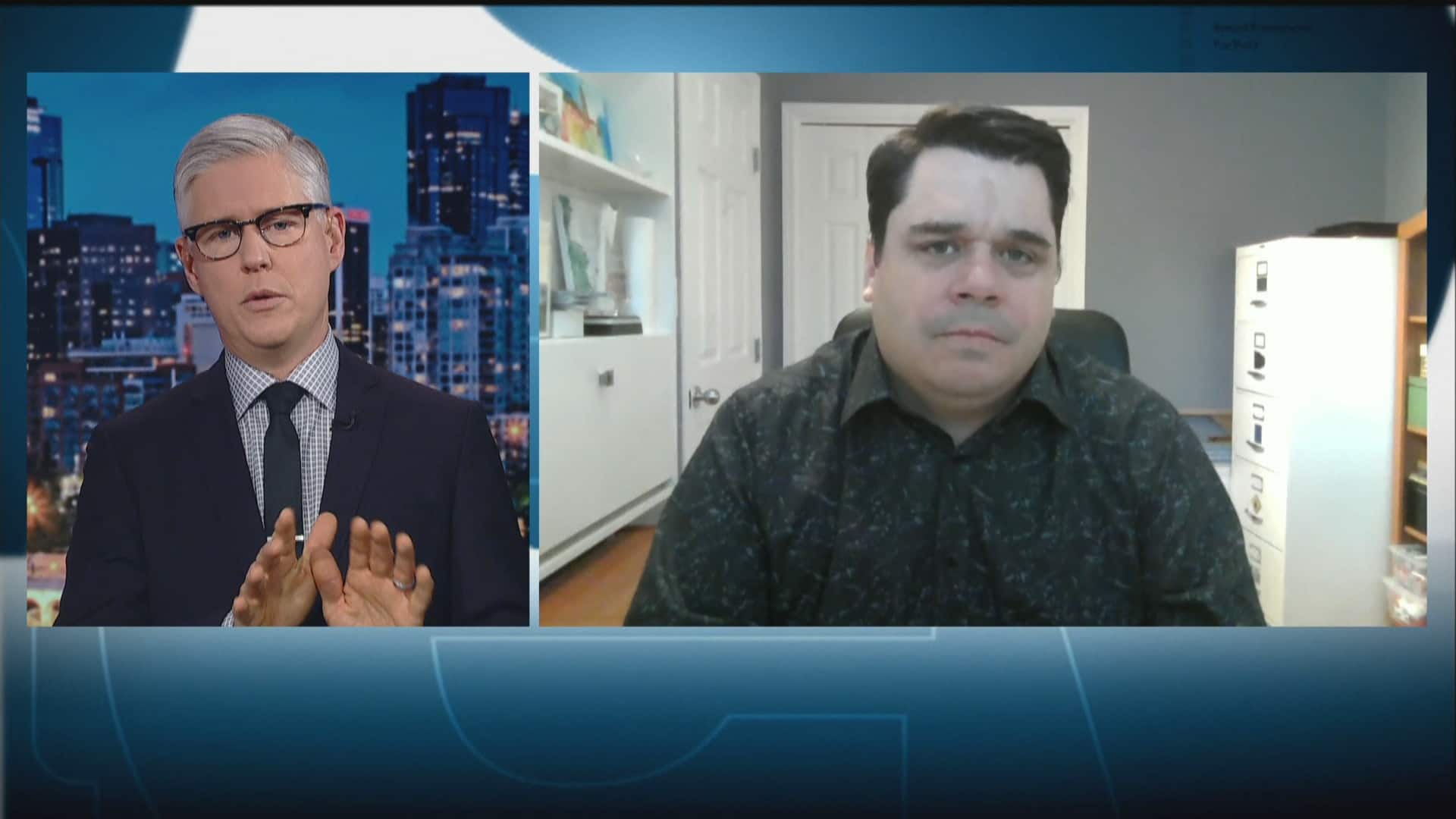 Infectious disease expert Craig Jenne says multiple data points in January 2021 suggest Alberta is successfully curbing the spread of COVID-19 but the trends need to continue for some time before restrictions can be safely eased. 1:02

He noted that new daily case numbers have been steadily coming down for several weeks now and, while hospitalizations remain relatively high, they appear to have peaked and have started to decline, as well, albeit somewhat slowly.

Hinshaw acknowledged the province has been doing fewer tests lately, but noted the percentage of tests coming back positive has also been steadily declining, which suggests the viral spread is indeed slowing.

On Tuesday, she said it wasn’t clear why fewer people are being tested as there was capacity in the system, and reiterated that it’s important to be tested and isolate if you have been exposed or are experiencing symptoms.

“We have no backlog in our lab,” Hinshaw said earlier this week. “So our lab is processing all of the samples in a timely way.”

An Alberta MLA, chastised for travelling over the holidays and publicly criticized for alleged absenteeism in his constituency, has been booted from Kenney’s UCP caucus.

Lesser Slave Lake MLA Pat Rehn has been removed from caucus and will be barred from running for the UCP ever again, Kenney announced on Facebook Thursday morning.

Rehn will now sit as an Independent MLA.

In a Facebook message posted late Thursday, Rehn thanked Kenney and the party for the opportunity to run and “stand up for a free enterprise Alberta.”

He said he looks forward to the added political freedom of sitting as an Independent and said he plans to be more vocal about his concerns with certain COVID-19 health restrictions.

Rehn was among nine UCP MLAs confirmed to have left Alberta during December despite their own government’s warnings against non-essential travel during the COVID-19 pandemic.

The information comes after CBC News asked the UCP and NDP caucuses where each member was and published a full list — including the names of those who didn’t say.

Two UCP legislators’ whereabouts — Miranda Rosin, the MLA for Banff-Kananaskis, and Drew Barnes, MLA for Cypress-Medicine Hat — remained unconfirmed as of Wednesday morning, despite a dozen requests made by CBC News to the UCP caucus, the constituency offices and directly to the officials over the span of a week.

The revelation that some United Conservative Party MLAs and a cabinet minister had eschewed advisories from all levels of government against non-essential travel and hit the beaches didn’t sit well with many Albertans — including other UCP MLAs — who had obeyed a ban on mingling outside their households and the many thousands of businesses that were shut down or severely curtailed.

Despite a public outcry that led to the resignations of then Municipal Affairs Minister Tracy Allard and of Kenney’s chief of staff, and the demotion of five other United Conservative Party MLAs, there was still no public accounting of where the remainder spent the holiday break by two weeks after the first vacation was confirmed.

The Alberta Hospitality Association is demanding clear guidelines from the province regarding when and how businesses that are closed or restricted due to the pandemic can resume normal operations.

In an open letter to the province, the industry group says the roughly 150,000 people who work in the sector have been struggling for too long and the current state of restrictions are unfair.

The Calgary Hotel Association is asking its members how they’d feel about promoting the Alberta government’s ABTraceTogether app in exchange for fewer restrictions on the hospitality industry — including potentially making installation of the contact-tracing app mandatory for some guests.

A survey was sent to about 60 member hotels on Monday, said association president Sol Zia, and the association plans to gather feedback until the end of the week.

Zia said no decisions have been made and the industry is in “really, really early discussions” with the provincial government, which raised the idea.

A Calgary emergency room physician is capturing life on the front lines of the COVID-19 pandemic through her camera lens.

For the past six weeks, Dr. Heather Patterson has visited hospitals in the city to take photos of what unfolds in the hallways and patient rooms — and even in the ICU.

“As the pandemic began to affect our Calgary hospitals and community, I realized that I wanted to capture what was actually happening inside our hospitals,” Patterson told the Calgary Eyeopener on Thursday.

“I wanted to tell the authentic story of this team of people who have a common goal, and how we’re achieving that.”

Alberta is ramping up its surveillance for two coronavirus variants — which have now been reported in the province — as a team of scientists at the provincial laboratory develop a quicker and easier test to identify cases and determine if and when the strains take root.

All of the cases are travel-related, according to Alberta Health, but there is a small amount of transmission in one case where a traveller spread COVID-19 to two household contacts. Health officials say there is no evidence there was further spread beyond that household.

CBC News has launched a vaccine tracker so you can follow the progress as vaccines are rolled out across the country. See how the vaccine rollout is going in your province or territory here.

Here are the latest Alberta COVID-19 stories from yesterday and today: