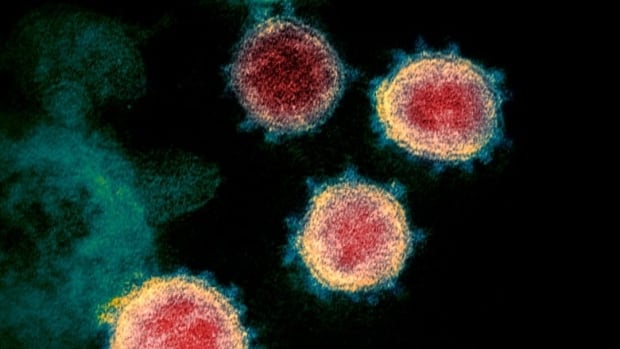 There are now 4,758 active cases in the province — down slightly from 4,803 active cases recorded the previous day.

Since the pandemic began, 1,827 people have died from COVID-19 in Alberta.

Of the nine deaths recorded on Sunday, four were in the Calgary zone, three were in the Edmonton zone, one was in the Central zone and one was in the North zone. Two of the deaths were linked to outbreaks at continuing care facilities. The deaths occurred between Nov. 29 and Feb. 19.

Provincial labs completed 7,541 tests for the disease on Saturday, down from 8,380 tests from the previous day, with a positivity rate of about 4.4 per cent, down from 4.6 per cent on Friday.

Meanwhile an Edmonton-area church that has repeatedly flouted public health orders since December once again held a service this Sunday.

RCMP said in a news release that observations were made that the GraceLife Church in Parkland County west of Edmonton held service beyond the designated capacity. Restrictions call for attendance to be capped at 15 per cent of capacity and congregants to practise physical distancing and wear masks.

“The investigation continues into this situation with the intention of determining, through consultation with AHS, the next course of action for the RCMP,” the Sunday release said.

Pastor James Coates was brought into custody this week after his arrest on two counts of contravening the Public Health Act and on one criminal charge for failing to comply with a condition of an undertaking.

This weekend, protestors gathered outside the Edmonton Remand Centre to call for the pastor’s release.

A judge’s order was issued compelling Coates to attend court on Feb. 24.

And in Calgary, Alberta Health Services confirmed that a public health inspector visited Fairview Baptist Church on Sunday for a conversation with church leadership about public health requirements.

In January, Pastor Tim Stephens was fined $1,200 by Calgary bylaw officers for violating public health orders. But the church has continued to encourage congregants to break rules by holding gatherings larger than allowed capacity and not enforcing the wearing of masks.

“It is … Jesus Christ, not civil government, that defines what is essential for the gathered church,” Stephens wrote in a blog post on the church’s website on Saturday.

“With many places warming up this week, I hope many of you will get the chance to get outside and enjoy the nice weather,” she said on Twitter. “Please continue to follow all health measures and remember that outdoor social gatherings are limited to ten people and must not have an indoor component.”

Of Alberta’s 4,758 active cases, here’s how they break down by region:

The next live update from Hinshaw will take place on Monday.