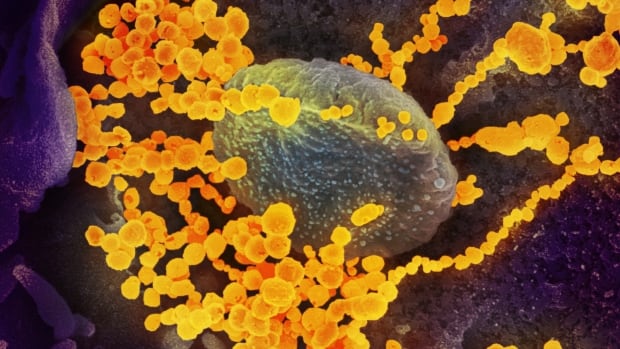 As Alberta speeds up rollout of second COVID-19 doses, concerns are mounting about a small but growing number of cases of the more infectious delta variant, and questions are emerging about the level of protection vaccines offer and which second dose is best for those who have a choice.

And it’s driving a COVID-19 outbreak at Foothills hospital, where 16 patients on two units — as well as six health-care workers — have tested positive for the delta variant.

Alberta’s chief medical officer of health confirmed Thursday that 10 people (as of Tuesday) connected to one of the outbreak units had been fully immunized. Dr. Deena HInshaw said the province is monitoring these breakthrough infections.

“While we can see a few cases that have broken through the vaccine, the vast majority of people who are vaccinated will have protection. And that’s part of the reason we are expanding our second dose opportunities,” she said.

According to provincial data, since the beginning of the year, 0.1% of people with two doses (513 of 598,139 cases) were diagnosed with COVID-19 two weeks after their second immunization.

Dr. Jim Kellner, infectious disease specialist at the University of Calgary and member of the federal COVID-19 immunity task force, is keeping a close eye on the delta variant.

“It’s a very small number of cases overall so far, but there is … a focus of them here in Calgary that is of concern, for sure, and we have to do what we can to make sure that doesn’t spread further,” he said.

Kellner said there haven’t been enough cases in Alberta to provide local evidence on how well the vaccines work against delta variant here.

But studies out of the United Kingdom show that only about a third of people are protected against delta after a single shot.

After a second dose of an mRNA vaccine (either Pfizer or Moderna) that protection jumps to just under 90 per cent.

With AstraZeneca, the second dose provides roughly 60 per cent protection against delta, he said.

According to Kellner, it’s unclear whether mixing AstraZeneca with a second shot of Pfizer or Moderna will give people protection similar to a double dose of AstraZeneca (60 per cent) or closer to the protection offered by two mRNA shots (almost 90 per cent).

“Possibly you’ll have higher protection against the delta variant if you get one dose of the AstraZeneca and second dose of mRNA. It’s simply not known yet. So I can’t say with black-and-white certainty whether, yes, you should do that.”

What is clear, Kellner said, is people need to be fully immunized, and he hopes the province continues to push first doses, too.

“With the emergence of the delta strain, you need two doses to be decently protected.”

‘Just get a bloody second dose’

Dr. Jia Hu, a Calgary-based public health physician and chair of the non-profit organization 19 to Zero, believes delta will likely overtake alpha (also known as B.1.1.7) as the dominant strain in Alberta, although when that could happen, he said, is hard to predict.

“I think now is clearly a very important time — a window. That’s why I think a very fast and efficient second dose rollout is going to be critical,” said Hu.

He believes Albertans who’ve received a first dose of AstraZeneca should follow their gut when it comes to what they choose for their second dose.

“I think if there … is more of an uptick in the delta, based on what I know about the vaccines, I might push for people to get the second mRNA as opposed to completing the AZ series,” he said.

“I think the main thing is that people just get a bloody second dose.”

He said if evidence emerges showing an mRNA vaccine is necessary to protect against the delta variant, the province would likely recommend an mRNA booster shot for those fully immunized with AstraZeneca.