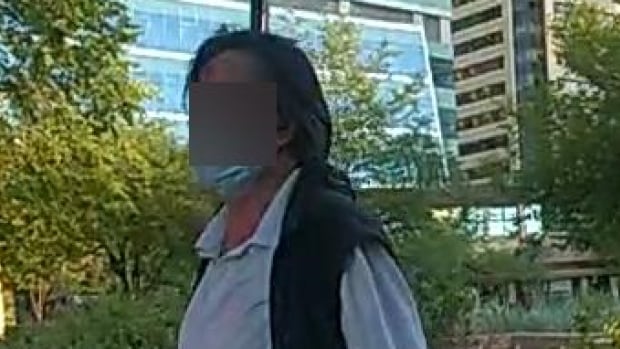 Calgary police are investigating a man’s death as a homicide after an incident that took place on June 30.

Around 7 p.m., police said a man was walking by James Short Park, located in southwest Calgary, when he heard an altercation talking place between a man and woman inside the park.

The victim heard the woman to tell the man to stop hitting her, police said, and went to confront the man.

Police said it is believed that the suspect pulled a knife on the victim and threatened him. The victim turned to run, but tripped and fell onto the bumper of a car.

The vehicle, which was located in the eastbound curb lane of Fifth Avenue S.W. by the Centre Street S.W. intersection, drove away from the scene.

Police said they would like to talk to this person, as they are a witness.

The victim was transported to hospital but died on July 3.

Police said they are using CCTV to try to identify the suspect.

“People may have seen the altercation and not know that it resulted in such a serious and tragic outcome,” said Staff Sgt. Martin Schiavetta with the CPS homicide unit, in a release.

“If you witnessed anything in the area that might be connected to this incident, have dashcam footage, or any other information, please call us.”