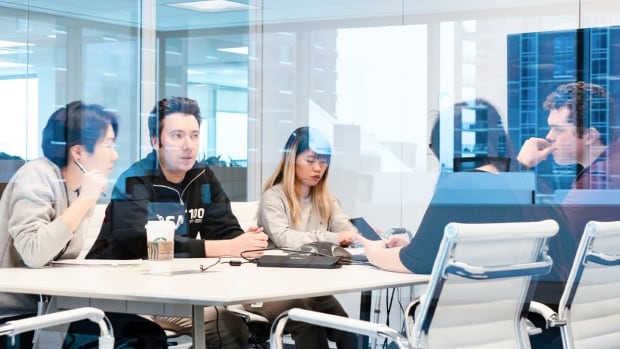 Companies across the province are hurrying to apply for Alberta’s new jobs recovery program and are applauding the province for the initiative.

Alberta Jobs Now, which launched Thursday, allows employers to apply for grants that cover 25 per cent of an employee’s salary for a 52-week period, up to a maximum of $25,000 per employee. Companies can apply for money for up to 20 positions.

“What it enables us to do is add net new jobs to our company and make the dollars that we have to go further and be able to reinvest that back into additional growth,” said Andrew Chau, the CEO of Neo Financial.

“I think it really serves as a stepping stone into the growth of certain companies.”

The government says it will put more than 22,000 Albertans back to work by providing grants to companies and not-for-profits that hire unemployed or underemployed workers.

The $270-million program will be rolled out over two years and is an even 50/50 split of provincial and federal dollars. Premier Jason Kenney called it the largest jobs training program in the history of the province.

The Opposition NDP has criticized the government for taking months to implement it and for not replacing more of the jobs lost during the pandemic.

Its structure is different from other provincial employment programs, as Alberta’s plan allows the money to be used for salaries. In B.C. and Ontario, the money is set aside specifically for retraining and upskilling initiatives.

The minister of labour’s office said it was designed that way to “provide employers and Albertans more flexibility and options to meet their specific needs.”

One CEO says the salary option isn’t necessarily a problem.

“As long as the Alberta government does a good job of filtering the right companies that are applying for this program … personally I think the rest figures itself out,” said Nicolas Beique, the CEO of Helcim, which facilitates credit card payments.

His company offered advice to the government when it was structuring the program.

“I think this program gives a good incentive for tech companies to take that risk in hiring somebody that’s going to need more training on the job.”

The companies were split on whether they’d use the salary stream or retraining stream of the program.

Levven Electronics and Granify, a company that works with online retailers, also said they were working on their grant applications Thursday.

Employers will be paid a first instalment after 12 weeks of employment and a final payment after 52 weeks.

Applications for the new grants will be accepted until Aug. 31. A second application period will run between Sept. 15 and Dec. 31.

Alberta’s unemployment rate in April was 9.0 per cent, according to Statistics Canada, down from a high last year of 15.8 per cent.