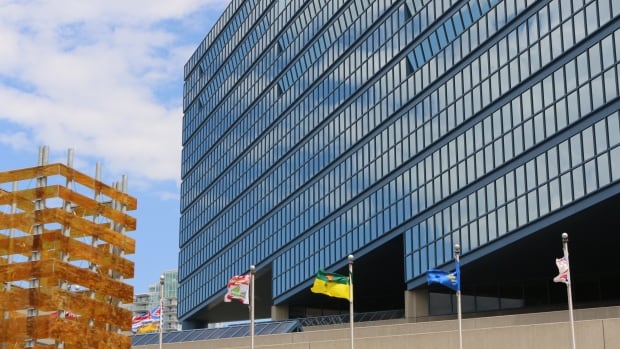 After a year of hand-wringing that it might wind up with a deficit, the City of Calgary finished 2020 with a cash surplus of $98 million.

It achieved that on the back of more than $200 million in federal and provincial support which helped with its operating costs during the pandemic.

Revenues were down significantly last year due to the major loss of ridership on Calgary Transit and the fact that many city recreation facilities were closed due to COVID-19 health restrictions.

City officials were concerned that Calgary might fall as much as $200 million into deficit last year unless there was help from other governments.

Municipalities in Alberta are typically not allowed to run deficits. But if they do as a result of special circumstances, they’re supposed to advise the province how they intend to balance their books.

The city’s deficit forecast did moderate as the year went on.

It cut spending by $65 million, including the layoff of more than 1,200 employees, primarily in recreation.

When federal and provincial bailout packages were announced, that eased the pressure further.

That cash was delivered through the province’s municipal operating support transfer (MOST).

In Calgary’s case, the transfer was worth $202.5 million for general operating expenses as well as for transit operations.

Once that happened, Mayor Naheed Nenshi said he figured a surplus was possible for 2020.

But he said the cash surplus of $98 million is artificially high.

“We booked it all in one year for expenses that went over two years,” said Nenshi. “That federal funding was extremely helpful.”

The city’s fiscal year is based on a calendar year while the federal and provincial governments have fiscal years which end on March 31.

While we see a light at the end of the tunnel, we remain struggling.– Coun. Evan Woolley

But the chair of council’s audit committee Coun. Evan Woolley said this money is likely to be heading right back out the door.

“I would expect that the money will continue to flow to supporting the businesses and individuals as part of our pandemic response,” said Woolley.

“While we see a light at the end of the tunnel, we remain struggling. There will be lots of need for us to continue to support not-for-profits, the business community and Calgarians.”

After paying fees for managing its investments, that means the city earned a 6.5 per cent return during a year that was marked by volatility in international markets.

It has more than $5 billion in assets which include reserves, capital deposits, employee benefit obligations, general operating cash and other funds.