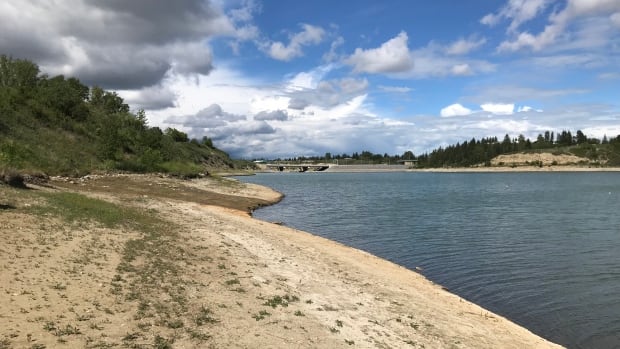 The City of Calgary wants to take steps to help keep aquatic invasive species out of the Glenmore Reservoir.

Bylaw amendments are being proposed which would ensure people clean and inspect any watercraft before placing them onto the reservoir.

A city council committee gave its support to the changes on Wednesday.

The manager for water quality services in the city’s water resources branch, Mark Crowdis, said the proposed changes are just a matter of getting ahead of any potential problems.

“We have not seen any evidence or any results of invasive species within the reservoir,” said Crowdis. “It’s being proactive, potentially to mitigate these risks.”

The public is not allowed to use motorized boats on the reservoir.

The bylaw change would mean that the owner of any canoe, kayak or other vessel must be cleaned and inspected for any invasive species before being used on the reservoir.

Crowdis said the measure is aimed at protecting the reservoir, which is a key source of Calgary’s drinking water supply.

“The citizens of Calgary rely on that. We must take certain precautions in place, making sure that we’ve mitigated different risks and this is just one of those elements of protecting that water source.”

Aquatic invasive species are non-native organisms that can arrive in Alberta by being carried from other places.

According to the government of Alberta, they can be difficult to eradicate once established so preventing them from taking hold is essential.

The bylaw amendment calls for $100 fines for offenders.

Other minor changes to the Glenmore Park bylaw — which includes the reservoir — are also being proposed.

The city is also proposing to close the reservoir to any boating activity during high and low water periods.

City council will vote on the bylaw amendments next month.