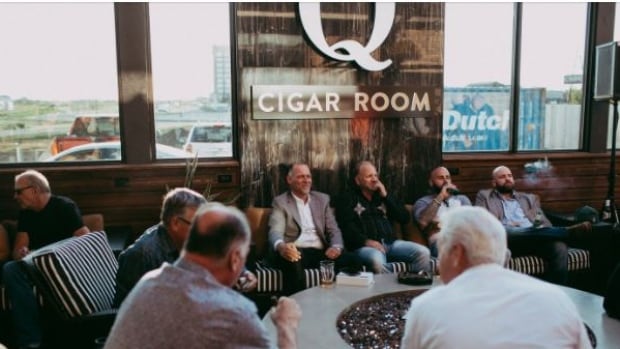 The Alberta government has slipped an exemption that would allow cigar lounges in the province into new smoking and vaping regulations, which health advocates say set back anti-smoking legislation by more than a decade.

The exemption, contained within an order-in-council approved by cabinet on June 23, allows cigar lounges to exist if they prohibit food, beverage and cleaning services during hours of operation and forbid minors from entering.

Lounges must also have floor-to-ceiling walls completely separate from any area they are connected to, self-closing doors, and a separate ventilation system that maintains negative air pressure and exhausts smoke outside the building.

Angeline Webb, regional manager of health policy and health promotion with the Canadian Cancer Society, is alarmed by the exemption, which was added to a regulation in effect since 2008.

“We believe it’s a very regressive reversal of 13 years of effective public health policy that protects the public and particularly hospitality workers’ from exposure to second-hand smoke,” she said.

“The allowance of smoking in cigar lounges serves the desires of a few.”

The bill passed in June 2020 but the legislation was only proclaimed last month. It comes into effect on July 31, 2021, along with the regulations.

The debate in the legislature never mentioned proposed changes to allow cigar lounges to operate.

Health Minister Tyler Shandro and his press secretary have been vague in explaining why the exemption was allowed, stressing the legislation’s focus on keeping vaping products from young people.

In response to questions from CBC News on Friday, Shandro denied anyone had asked the regulation be put in place. He said the prohibition came up during the review conducted by Calgary-Klein MLA Jeremy Nixon and that illegal lounges had been operating in Alberta.

“It wasn’t somebody asking for it. But other than us identifying that if our legislation was prohibiting it, allowing it to be permitted.  If there are municipalities that use their land-use bylaws instead to continue to prohibit it, that’s up to municipalities to make those land-use decisions.”

Nixon’s May 2020 report does not mention cigar lounges.

The legislation still contains a provision that municipal bylaw takes precedence if stricter than the provincial law.

Many Alberta municipalities, including Edmonton and Calgary, have bylaws that prohibit smoking and vaping inside publicly accessible buildings like restaurants.

The exemption puzzles Quentin Gardiner, one of the partners in Q Cigar Room, which opened on the Enoch Cree First Nation in 2019.

Due to provincial smoking regulations, Gardiner says his is the only cigar lounge outside of Quebec.

Enoch Cree First Nation granted his business permission to operate on its land, which is not subject to provincial smoking laws and regulations. Gardiner said the lounge could not have opened elsewhere in Alberta under regulations implemented nearly two years ago

Gardiner’s cigar room has a separate ventilation system and includes a four-season patio. Its food and beverage service would not be permitted under the new regulations.

He isn’t sure why anyone would want a facility that requires customers go outside an enclosed room for a cocktail or to clear their own table.

“To me, it’s like the addition of an airport smoking room in a restaurant,” he said. “It’s fundamentally not what we’re doing here.”

Webb, from the Canadian Cancer Society, says studies have found internal ventilation systems do not protect workers from secondhand smoke.

“So we are very concerned about this exemption. It’s regressive and we hope that there is more sober second thought on this process.”