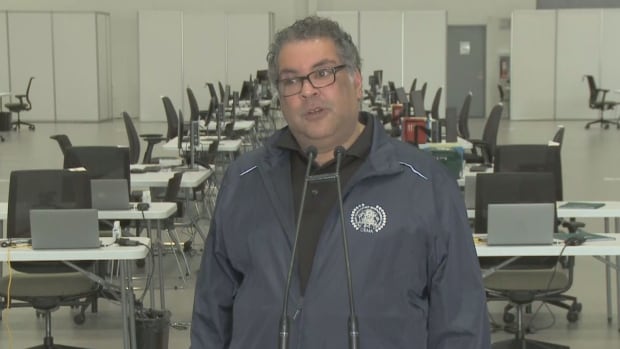 Calgary’s COVID-19 case count has grown exponentially the last few weeks and now accounts for almost half of cases province-wide.

The province is only reporting preliminary data over the Easter long weekend, but as of Thursday Calgary had 4,058 active cases while Alberta as a whole was at 8,653.

These case counts are more than double February’s numbers, when the highest province-wide daily count of new cases was 456 on Feb. 2.

“We doubled our number of new cases a day more or less in about a week. That’s scary.”

The mayor said he expects the province will hit a 2,000 daily case count soon if people are not “incredibly disciplined.”

“We’ll be in a position this spring and the summer where we can start easing off on restrictions and letting people have a bit of that normalcy back,” he said.

On Thursday, Premier Jason Kenney said the province is seeing a new wave of COVID-19 infections and it’s up to Albertans to comply with health restrictions to bring cases down.

“I’m here instead with a plea: Please, please, follow Alberta’s health restrictions and guidelines this weekend and in the weeks to come,” he said.

“How many hundreds or thousands of people it sends to hospitals, how many surgeries it forces us to cancel and how many lives it takes is all up to the decisions that we make now.”

However the province did not announce more restrictions like others did ahead of the Easter long weekend.

Ontario entered a month-long “emergency brake” shutdown on Saturday, which means personal care services, gyms and indoor dining must shut down, but schools and most retailers can stay open with specific capacity limits in place.

But Nenshi said what the rules are doesn’t matter as much as people’s ability to follow them.

“It’s not the restrictions that make the difference, it’s people’s ability to follow them. And so ultimately, we can’t blame the province as much as I would like to for making the right or the wrong decision.”

In a press release on Thursday, the City of Calgary said that since the Temporary COVID-19 Face Coverings Bylaw came into effect Aug. 1, 2020, police have issued 333 violation tickets.

Of those, 15 tickets were issued on the same day, which was last week on March 25.

The city have also issue 206 violation tickets under the Public Health Act, which came into effect on Nov. 24.

The release says two of those violation tickets were also issued the same day on March 25.

If Calgarians or businesses see a violation, the city says they can submit questions, concerns or report complaints to Alberta Health Services online or by calling 1-833-415-9179, or to The City by contacting 311 or the CPS non-emergency line at 403-266-1234.