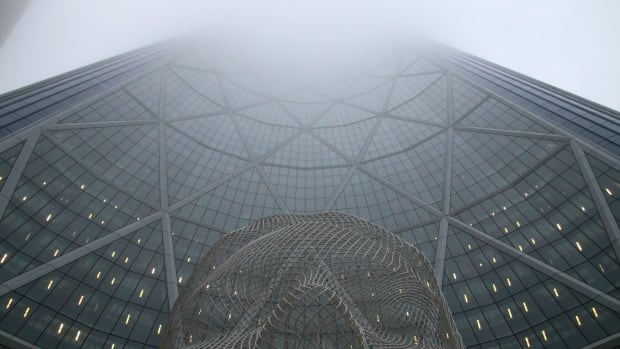 One of downtown Calgary’s most iconic highrise towers is changing hands in a deal worth an estimated $1.67 billion.

H&R Real Estate Investment Trust, owner of the Bow Tower, said in a release Tuesday that the two-million-sq.-ft. tower will be sold to affiliates of Oak Street Real Estate Capital combined with a secured lease financing arrangement with Deutsche Bank Credit Solutions and Direct Lending.

H&R will hold on to 15 per cent of the net rent from the building’s main tenant, Ovintiv Inc. (formerly Encana Corp.) and will continue to own the block directly south of the tower.

“Today’s announcement is evidence of our commitment to our strategic repositioning and is a critical step forward on our path to achieving a more simplified structure”, said H&R president and CEO Thomas Hofstedter in the release.

The company said the sale reduces its office holdings in Calgary from nine per cent of its portfolio to three per cent.

When it was completed in 2013, the 236-metre Bow was Calgary’s tallest skyscraper. That title later passed to the nearby Brookfield Place, which is 247 metres at its highest point.