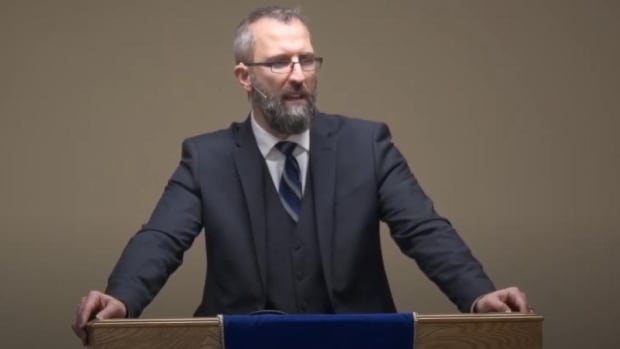 The pastor of Fairview Baptist Church in southeast Calgary is in jail after being arrested for failing to comply with a court order to stop holding church services in violation of the pandemic gathering rules.

Tim Stephens was arrested Monday for allegedly violating Section 127 of the Criminal Code by failing to obey a Court of Queen’s Bench Order obtained by Alberta Health Services (AHS).

He was served a copy of the order last weekend, police and AHS said in a joint release.

“Stephens acknowledged the injunction, but chose to move forward with the service, ignoring requirements for social distancing, mask wearing and reduced capacity limits for attendees,” the release said.

Under Stage 2 of Alberta’s reopening plan, places of worship are required to limit attendance to one third of their building’s maximum fire code occupancy.

Calgary police have received numerous complaints from members of the public about church services held at the church in Fairview.

“For several weeks, AHS has attempted to work collaboratively with leadership at Fairview Baptist Church to address the ongoing public health concerns at the site. It is only when significant risk is identified or continued non-compliance is noted that AHS resorts to enforcement action,” the release said.

Police did not enter the church during the service.

Earlier this month, AHS physically closed the church to prevent access to the building until Stephens could “demonstrate the ability to comply with these restrictions.”

Stephens was arrested last month for similar violations of public health rules, however, because the injunction was improperly served, charges against him were withdrawn.

Stephens was previously fined and ticketed for defying public health regulations by holding over-capacity gatherings and not enforcing mask use.

Stephens remains in custody and will appear in court next Monday.