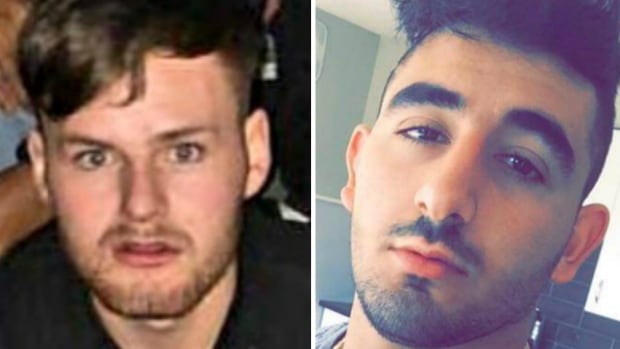 More than four years after she was violently gang-raped, Sara woke up to news she wasn’t expecting.

The Alberta Court of Appeal had not only overturned the acquittals of two young men who had attacked her but after watching video of the assault which they described as “barbaric,” the panel of three judges all agreed to impose convictions.

“I just felt really happy and relieved,” said the young woman, who CBC News is identifying as Sara, in a phone interview after the decision.

“It was a huge shock to me so it just kind of took a weight off my shoulders.”

For a long time, it tormented Sara that one teen pleaded guilty, with the judge in that case calling the rape “the most appalling acts of human depravity” he’d ever witnessed, while a second judge, Court of Queen’s Bench Justice Scott Brooker, presiding over Timothy Fanning and Adham El-Sakaan’s trial, ruled Sara consented despite video showing her crying and saying “no.”

The emotionally fragile girl Sara was at the time of the attack is now a more confidant young woman with a newborn baby and a plan — to go to university and become a social worker, to help other victims of sexual violence.

It helps that last week, the three judges with the province’s top court each penned decisions fiercely critical of not only the rapists but of the trial judge’s decision to acquit.

“The trial judge’s reasoning teeters dangerously close to engaging in the myth- and stereotype-based thinking that continues to linger in the legal landscape like a fungus,” wrote appeal Justice Dawn Pentelechuk.

“This tunnel vision approach is inconsistent with the current state of the law; the video evidence demonstrates that the ‘rough’ sexual activity had transcended to a violent assault.”

“Here we have three young men ridiculing and humiliating a young woman while beating and sexually abusing her,” wrote Martin.

O’Ferrall said no matter what Sara did or did not consent to, the pair are criminally responsible for the “savage cruelty they inflicted upon [her].”

Brooker has since retired, so Fanning and El-Sakaan will go before a new judge to be sentenced. A date for that will be set at the end of this week.

To hear three of the province’s top judges recognize the incident as sexual assault was “life-changing news,” said Sara.

In December 2016, the three teens — a 17-year-old who can only be identified as MM and two 19-year-olds, Timothy Fanning and Adham El-Sakaan — began what was at first a consensual sexual encounter.

Footage was played during the trial, although members of the gallery could only hear the audio.

The audio alone is horrific. The video is worse.

“Admittedly, the video evidence is exceedingly difficult to watch,” wrote Justice Dawn Pentelechuk. “But I did watch it— multiple times.”

The video shows the three teens laugh as they take turns having sex with Sara, encouraging each other to hit her.

‘I’m going to wreck her’: El-Sakaan

“Punch that pussy, bro,” one boy said to another.

Sara cried out in pain and said “no.”

El-Sakaan said at one point: “I’m going to wreck her.”

Afterward, Sara was taken to hospital and police became involved. All three teenage boys were charged.

‘I almost started to believe it didn’t happen to me’

The youth, identified in court documents as MM, pleaded guilty to sexual assault.

El-Sakaan was convicted of sexual assault with a weapon for using an electric toothbrush on Sara without her knowledge.

At the time of the attack and subsequent trial, Sara struggled with anxiety, thoughts of suicide and was in and out of hospital.

After Brooker acquitted Fanning and El-Sakaan, Sara was fragile and the judge’s decision paired with being cross-examined ramped up her nagging self-doubt.

“I almost started to believe it didn’t happen to me and I kind of shut down,” she says. “Maybe they were right and I was overreacting.”

To sex assault victims: ‘I see you and hear you’

Fast forward two years later, and Sara has a renewed confidence and says she’s motivated by her four-month-old daughter.

“I didn’t think they were going to be found guilty and now here they are — [prosecutors] fought for the case for me and it turned around completely,” she said.

Sara recently applied to Mount Royal University, where she wants to study social work so she can help other victims.

“To all the people that have been sexually assaulted I see you and hear you,” said Sara.

“Together we will put an end to this and to break the silence and stigma around sexual assault.”