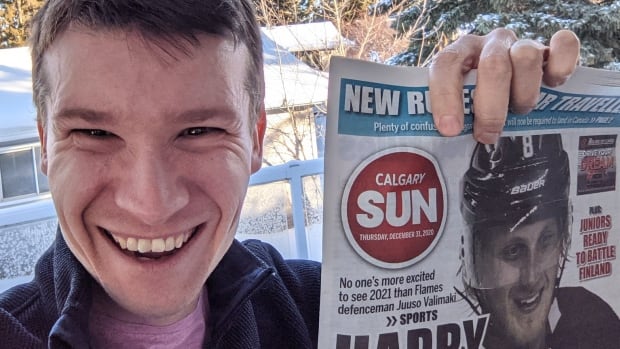 Some Calgary councillors are expressing disappointment with provincial politicians and staff who went against public health recommendations to travel recreationally over the holidays.

At least five Alberta UCP MLAs and two senior provincial staffers left Canada on vacation in December, as well as one Conservative MP from the province.

“Leaders know that it’s essential to build trust during a crisis if we want the public to follow the rules. This blatant disregard by the very people in charge of public health shows incredible disrespect to essential workers and all those who have been sacrificing for the common good,” Coun. Druh Farrell told CBC News.

CBC News reached out to Calgary’s mayor and councillors to confirm if they remained in the city for the holidays.

A spokesperson for the mayor, as well as 10 councillors responded or posted to social media to confirm that they hadn’t left home over the holidays.

Only two, Coun. Joe Magliocca and Coun. Evan Woolley, did not respond to confirm in time for publication.

One councillor, Shane Keating, wasn’t in Calgary as he has been living and working from his residence in Saskatchewan over the past seven months as he supports a loved one through their cancer treatments.

Some jokingly addressed the issue, like Coun. Jeromy Farkas who posted a photo of himself with a Dec. 31 newspaper in Calgary, or Coun. Sean Chu who confirmed in a text that he was doing what many are doing this holiday season — “staying home and getting fat.”

Others, like Farrell, had harsh words for provincial politicians who went abroad.

“Let me get this straight: while they vacation on beaches, we sat at home missing family and friends as a fast vaccination roll out was promised … how incredibly disingenuous,” Coun. Jeff Davison wrote on Twitter.

Coun. Jyoti Gondek, who told CBC she spent the holiday snowshoeing in the Bragg Creek area, said the incident has made her lose respect for Municipal Affairs Minister Tracy Allard, who apologized after travelling to Hawaii over the break.

“The provincial minister who oversees [city council] took a tropical family vacation while the rest of us stayed home to protect our most vulnerable and each other,” she said.

Coun. Diane Colley-Urquhart questioned why the premier didn’t enact any consequences for members of his caucus who left the country for non-essential reasons.

Premier Jason Kenney said Friday that he wouldn’t be sanctioning Allard or others in government who travelled, as they did not break the law.

He also said he was not clear with staff about whether or not they should be travelling, despite the provincial government website advising against out-of-country travel and saying earlier in the pandemic that those with travel plans outside of Canada should cancel them.

“Respectfully, premier, the following statement you made is what is most troubling: ‘I believe these individuals acted in what they believe to be in good faith.’ This is a character trait. You believe this is an example of ‘good faith’ in public service? No consequence?” Colley-Urquhart wrote on Twitter.

While councillors stayed home, at least one prospective candidate for council doesn’t appear to have done the same.

Long-time conservative political operative Craig Chandler, the current director of the Progressive Group of Independent Business who has announced his intention to run for the Ward 12 seat, posted to Facebook on Dec. 23 that he had arrived in Florida with his family for the holidays.