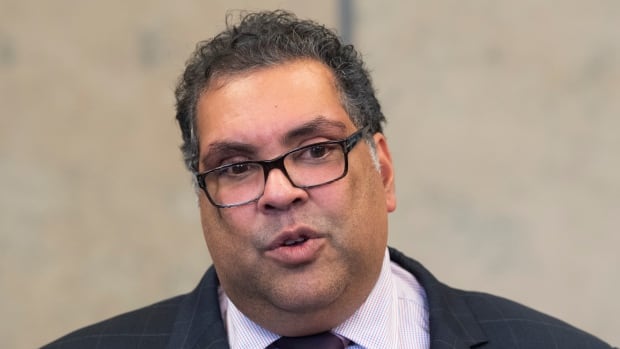 Officers will now consider issuing tickets as most Calgarians behave, but some are not getting the message, according to Calgary Emergency Management Agency chief Tom Sampson.

Those tickets start at $1,200 and increase in severity with further infractions, up to and including jail time.

“Since last Friday, our officers have conducted 240-odd patrols and engaged with over 1,800 citizens, providing them with education,” he said.

He said there will be traffic restrictions put in place on Crescent Road, which has seen large crowds gather to take in the view.

“People should take that as a hint,” said Sampson.

“You give us no choice when those things continue.”

Sampson said there haven’t been any tickets issued by bylaw officers, but he believes several physical-distancing tickets have been issued by police.

Mayor Naheed Nenshi said flags at city facilities have been lowered in memory of the victims of the mass killing in Nova Scotia, but they will remain lowered to remember the Calgarians lost to COVID-19.

“We’re not done. We’re not close to done. And we have to make sure that we stay in a position where we’re still looking out for one another,” he said.

Nenshi also said there will likely be a decision on large events post-June coming this week, but that does not include the Calgary Stampede, which doesn’t take place on city lands.