What started as discussion between two people after an anti-racism rally in Edmonton this summer has blossomed into the 50-member Black Teachers Association of Alberta.

Edmonton educator and basketball player Andrew Parker was one of the speakers at the June 5 rally and his stirring address that day at the Alberta Legislature got “a lot of play on social media” and he recalls thinking, “This can’t be the end of it.”

Parker called the one other Black teacher he knew, Sarah Adomako-Ansah, to bounce around some ideas and asked, “What can we do as educators to change society?”

A week later the Black Teachers Association of Alberta was born and seven months since it has grown to 50 members and includes educators from Red Deer, Fort McMurray and Calgary, Parker said. 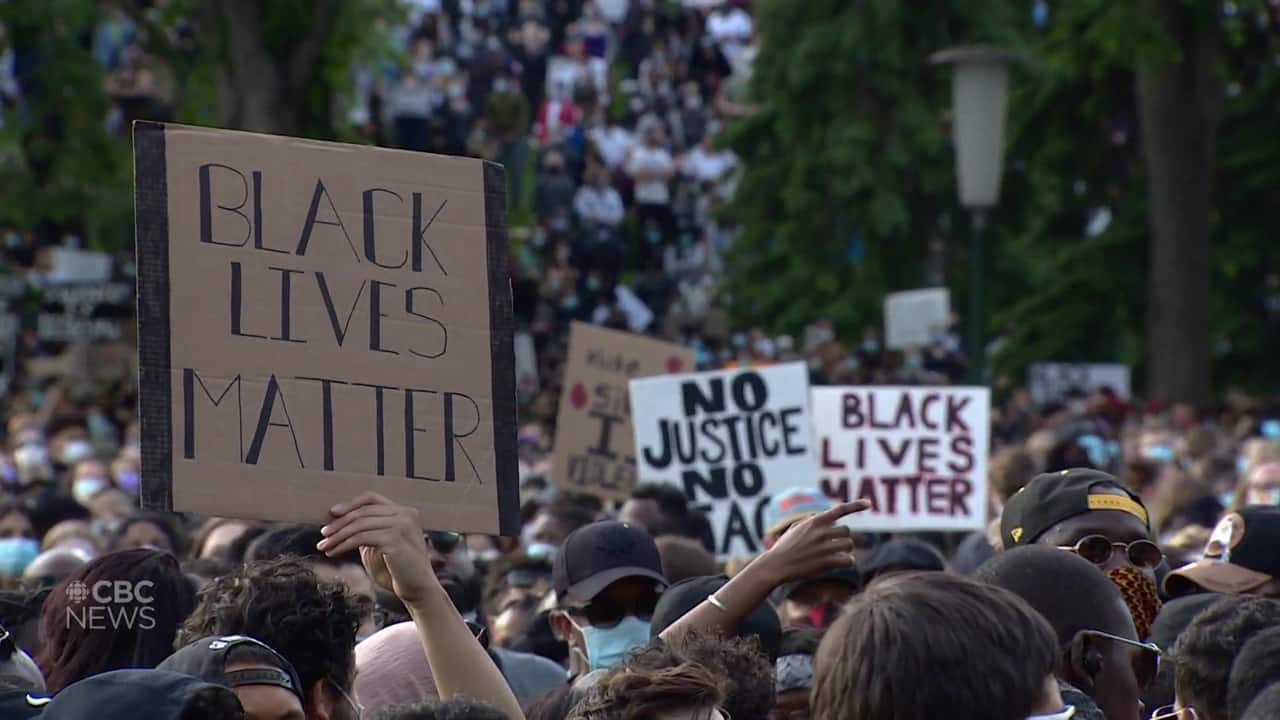 Meet the co-founders of the Black Teachers Association of Alberta, Sarah Adomako-Ansah and Andrew Parker, in the place they call their second home, the Castle Downs YMCA, to find out how the organization has grown from its inception at the anti-racism rally at the Alberta legislature this summer. 2:06

The association started with an Instagram account, sharing resources and answering questions from the public, such as “how do I talk to my little five-year-old son about race and how do I speak to my high schooler who’s about to graduate about what it’s like to be in the real world as a Black woman,” Adomako-Ansah said.

Before becoming teachers, the pair met at the Castle Downs YMCA in north Edmonton where Parker would spend hours shooting hoops and Adomako-Ansah worked for about a decade leading children’s programs and hosting teen nights.

Adomako-Ansah says the pair is learning as they go.

“I’ve only been teaching for eight years, and there are experts in this field of race and diversity that are reaching out and saying how can I help you put out better content for your followers.”

Parker has now moved from the classroom at M. E. LaZerte High School to a full-time job focusing on curriculum and learning supports with the head office of Edmonton Public Schools, a position he says dovetails with the goals of the association.

“The vision moving forward is working with school boards, working with the government, working with societal organizations and building so when my kid goes to school he actually gets an opportunity to learn about his culture, his people and where they came from, his history, and not only that, his classmates do too,” Parker said.

The association has already had inquiries from teachers in other provinces such as B.C., Ontario and Saskatchewan about sharing resources and collaborating, Adomako-Ansah said.

Parkers says it’s a time of real awakening. “I feel like this Black History Month will be one that goes down in history as one of the greatest.”