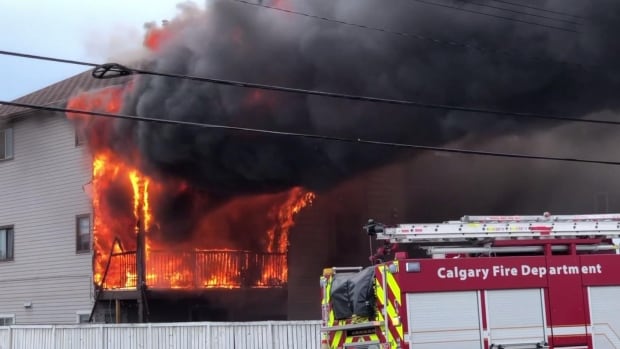 Around 20 people are displaced from their homes after a northwest Calgary apartment fire on Saturday.

The fire department responded to a three-storey apartment building in the 2000 block of Kensington Road N.W. around 6 p.m.

Smoke and flames were pouring out of the building, and crews worked on the interior and exterior of the apartments to extinguish the flames, the fire department said.

No people were injured but some pets were still unaccounted for. One cat was found safely.

There was significant damage to the building, and crews remained on scene as of 7:30 p.m. to extinguish hotspots.

The cause of the fire is under investigation.