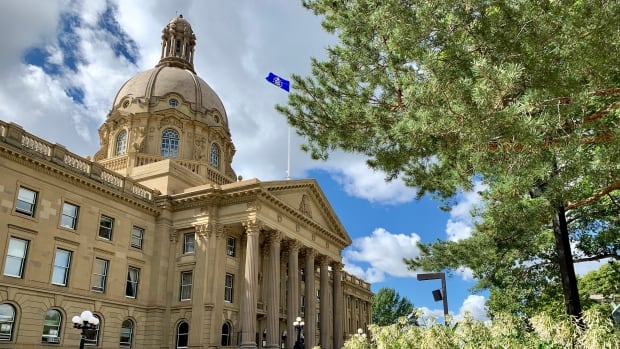 A current and former government worker are urging the Alberta government to reconsider cutting off hundreds of young adults transitioning out of the child intervention system during a pandemic.

The employee, who CBC has agreed not to identify to protect her job, spoke out as she and her peers are being trained to move roughly 500 participants from the Support and Financial Assistance Agreement (SFAA) program.

She warned that the loss of benefits for the already traumatized and largely Indigenous youth could result in more deaths, homelessness, substance use, crime and unwanted pregnancies.

“The youth are not ready,” she told CBC News Monday. “This government is causing excessive hurt and suffering to countless lives, in order to shuffle monetary figures around in different ministerial portfolios to appeal to its supporters.”

Participants were initially told they would be eligible for benefits until they were 24. The UCP government reduced the age to 22.

An injunction delaying the change for nearly a year was overturned last January. In June the Supreme Court of Canada dismissed an application to appeal the decision.

An internal memo obtained by CBC notified workers of a briefing on Wednesday to implement the change.

“Caseworkers have begun internal training to help ensure no young adult is left behind and that they’re properly set up with the right supports and services,” Nancy Bishay, spokesperson for Children’s Services, wrote in an email to CBC.

She said they are eligible for an additional six-month agreement that could be extended if they are unable to connect to the right services.

But the current and former employee said adult programs don’t offer the guidance or emotional assistance needed by young adults lacking close family or the ability to self-advocate while facing multiple barriers like disabilities, trauma and systemic racism.

Since the change was announced in November 2019, the caseworker said little direction has been given as fearful clients spiral downwards — a situation made worse by the pandemic.

She said the government should allow 22- and 23-year-olds to remain in the program while new eligibility rules are applied to future cases.

“I call myself a government parent — that’s what we have become to them,” the caseworker said.

“These young people need as much time with us as possible. You’re dealing with a whole group of people who are not yet equipped to navigate the adult world.”

The injunction was initiated by a young single mother who argued that the change derailed a 6-year educational plan helping her to escape a cycle of violence and exploitation.

She is attending university to study social work in the fall as she challenges the constitutionality of the government’s decision.

Peter Smythe, who oversaw Children’s Services’ high risk youth initiative before retiring in May, described the decision as short-term thinking that will cost systems more down the road as it exacerbates a sense of abandonment.

“The more you have a relationship, the more you can work with them and kind of gently nudge them forward and work towards goals.”

NDP critic for Children’s Services Rakhi Pancholi said cutting support endangers hundreds of vulnerable Albertans at a time when the province’s 18.1 per cent youth unemployment rate is the highest in the country.

“The hard truth is that most of these young Albertans will not find work and will fall into poverty,” Pancholi said.