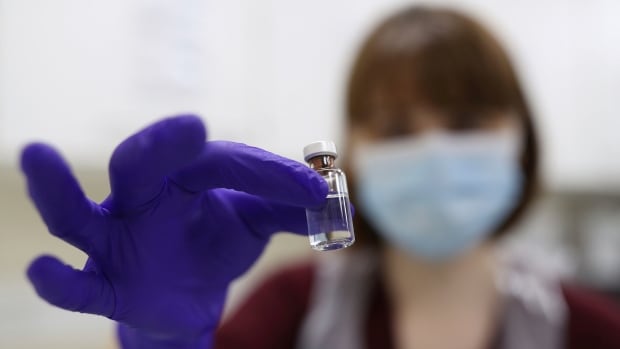 Some staff in long term care and designated supportive living facilities have yet to receive their first dose of COVID-19 vaccine, despite the premier announcing last week that all staff and residents got their first doses.

Alberta Union of Provincial Employees (AUPE) vice-president Bonnie Gostola said the union heard from members who work in general services in the facilities that were tagged for the first round of immunizations but who haven’t received one yet.

“There’s at least four facilities that have reached out and said ‘We haven’t gotten them,'” Gostola said Saturday, adding that there are facilities where it seems doses have been given to nursing staff but not other workers providing food and environmental services like laundry and cleaning. She said the union is still trying to gather data on how many members were affected.

“We want them to be upfront with Albertans. They did not complete what they said they completed,” Gostola said.

Alberta Health Services spokesperson Kerry Williamson said Saturday that a small number of staff were inadvertently left out of the vaccine rollout.

“We will offer vaccinations to those staff as quickly as possible, pending vaccine availability,” he said.

On Jan. 18, Premier Jason Kenney announced that all staff and residents in long term care and designated supportive living had received their first dose. The groups were on a limited list with other healthcare workers set to receive vaccines in phase 1A.

The same day, Kenney announced Alberta was on the cusp of running out of vaccine and that the province was putting a temporary hold on first dose vaccinations to ensure there would be enough to provide second doses to people who had already received the first shot. The news came days after the federal government announced that shipments from Pfizer will be reduced until mid-February.

In a statement Saturday, Alberta Health spokesman Tom McMillan said the shortage means they have no choice but to postpone first dose appointments for many eligible healthcare workers, and that many second dose appointments will also need to be rescheduled in the coming weeks.

Pfizer recommends the second dose of its vaccine be administered 21 days after the first.

Earlier this month, Alberta Health extended the interval between first and second doses from three or four weeks, as it had been doing, to as many as 42 days so as many Albertans as possible get the protection of those first doses.

McMillan said Saturday they have reserved enough to ensure all long-term care and designated supportive residents get their second shot, adding that AHS believes it will be able to provide second shots to eligible healthcare workers within the established window, but that there is still uncertainty about how much vaccine Canada will have in the first half of February.

As of Friday, Alberta had administered 98,807 doses of the vaccine. Close to 50,000 doses were administered to eligible staff and residents in continuing care sites.