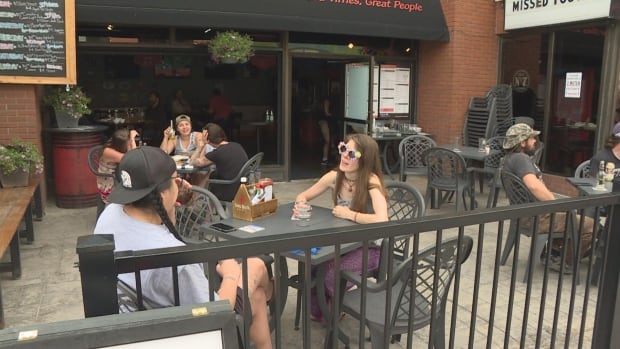 Alberta reported 170 new cases of COVID-19 on Friday as the province heads into a weekend of loosened restrictions.

Thursday marked the implementation of Stage 2 of the province’s reopening plan, allowing for indoor dining, gyms, and larger outdoor gatherings.

As of Friday’s update, there were 296 people in hospital — a decrease of ten from the previous day. Of those, 79 were in intensive care units.

Three new deaths were also reported. A total of 2,265 Albertans have died from the disease.

Here is how active cases breakdown by health zone:

The last time Edmonton zone was below 1,000 active cases was in late February.

The province has not yet provided the latest vaccination numbers. As of end of day Wednesday, 67.8 per cent of Albertans 12 and older now having received their first shot.

Step 3 — an almost complete removal of restrictions — is set to begin two weeks after 70 per cent of eligible Albertans have had at least one dose of vaccine.