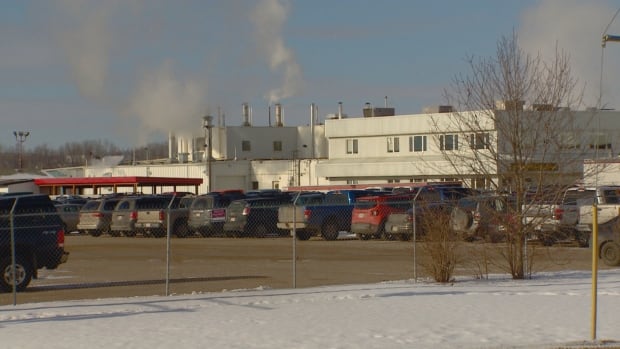 Alberta NDP Leader Rachel Notley is holding a news conference Thursday morning to demand a public inquiry into a deadly COVID-19 outbreak at a Red Deer meat-packing plant, on the same day that Olymel reopens the facility.

In the 10:30 a.m. news conference, Notley also plans to call for the plant to stay closed and ask the United Conservative Party government to promise it won’t bring in “legislation to protect corporations running plants where workers have died,” the party said in a release.

The plant outbreak has been linked to 511 COVID-19 cases — including 91 that are still active — and four deaths, three of them workers

Olymel confirmed in a press release on Wednesday that it would reopen for slaughter operations on Thursday and resume cutting room operations on Friday.

“Reopening can occur because Olymel management and the regulators are satisfied that employees can return to the plant safely,” said Olymel spokesperson Richard Vigneault in the statement.

“The company will continue to work with AHS and OHS in order to fight the spread of the coronavirus.”

The news of the reopening came the same day the union that represents the plant’s employees said a third worker’s death was linked to the COVID-19 outbreak at the plant. That raised the total number of deaths linked to the outbreak to four, according to the union.

The worker has not yet been publicly identified.

“It’s a very sad situation for the family and friends and colleagues, and Olymel is offering its sincere condolences to the families,” the statement read in part. “Olymel will remain available for assistance to support the families in this tragedy.”

Alberta Health has not yet confirmed the worker’s death. On Wednesday, a spokesperson with Alberta Health said they had only linked two worker deaths to the outbreak at this time.

The first death, on Jan. 28, was of Darwin Doloque, a 35-year-old permanent resident who immigrated to Canada from the Philippines and was found dead in his home.

His death was followed on Feb. 24 by that of Henry De Leon, a 50-year-old who immigrated from the Dominican Republic and had worked at the plant for 15 years. He left behind a wife, two adult children and three grandchildren.

Company says it has worked with AHS

In the statement, Olymel said it had used the temporary closure to “update and reinforce the many health and safety measures already in place at the plant.”

The company said teams from AHS, OHS and Environmental Public Health visited the facility on March 1 and 3. AHS made several recommendations at that time.

“Alberta Health Services authorities have however specified that the coronavirus is still spreading and that everyone is at risk of contracting it, whether in the community or otherwise,” Vigneault said in the statement. “Accordingly, they recommend the utmost vigilance.”

The company said it had added staff to monitor and enforce health and safety measures, and “further adjusted and enhanced” social distancing protocols, particularly when it came to adding physical space.

Health and safety meetings between management and union representatives are scheduled on a daily basis, the company said.

‘Action items’ were suggested by union before reopening

Earlier this week, Hesse called for the Red Deer plant’s potential March 3 reopening to be delayed, saying in an open letter that employees do not feel safe after a deadly outbreak of COVID-19.

It listed more than 20 “action items” it said should be fulfilled before reopening is considered, in order to regain the confidence of employees and ensure their safety.

The letter came after plant manager Rob Ackerblade informed employees on Feb. 28 that if a March 1 inspection by Alberta Health Services (AHS) and Occupational Health and Safety was successful, gradual reopening dates for the Olymel plant could be March 3 for the slaughterhouse and March 4 for the cutting room.

The Alberta government confirmed to CBC News on Wednesday that Occupational Health and Safety had toured the facility on March 1, and again with AHS and the union on March 2.

“OHS continues to monitor Olymel to ensure safety protocols and measures continue to be used to limit the spread of COVID-19,” Joseph Dow said in an emailed statement.

According to Dow, AHS made safety recommendations to be implemented before the plant’s eventual reopening.

The measures recommended by AHS included: