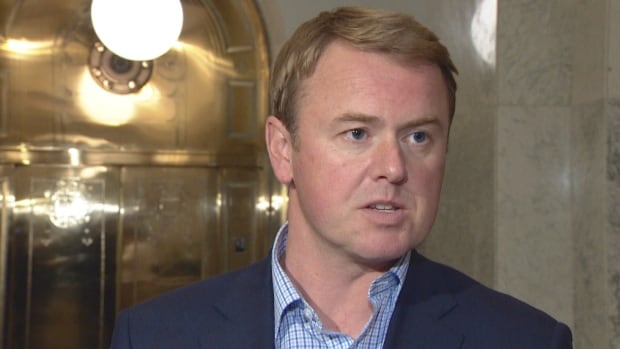 Alberta’s health minister says it was a mistake to try to change how doctors bill for extended patient visits — a move that was disputed in a bitter year-long labour relations war with 11,000 physicians.

“We heard the concerns of rural communities and rural physicians and we listened,” Tyler Shandro told the house Monday during question period.

“[It] was a policy that we never should have pursued in the first place, and there will be no changes being made moving forward.”

Rank-and-file physicians are currently voting on whether to ratify a new master agreement recently brokered between Alberta Health Services and the Alberta Medical Association, which bargains for physicians.

If the deal passes, it would end a year of acrimony with doctors that included a lawsuit, accusations of bad-faith bargaining, name-calling on social media, and doctors withdrawing services or promising cut-rate “10-minute medicine” in protest over proposed changes to complex modifiers used to bill for complicated consultations and longer patient visits.

The changes were part of several Shandro announced in early 2020 after the United Conservative government passed and implemented a bill that cancelled the existing master agreement with the medical association.

They would have reduced fees and terms for visits between doctors and patients that involved complicated medical issues.

Shandro’s ministry said the changes were needed because the formula did not work well for longer visits and some doctors were abusing the fee schedule to boost their bottom lines.

The medical association said the fees reflected preparation time and warned that the changes would severely crimp the bottom line of rural and family practices and perhaps force them to close down.

The changes were to take effect in early 2020, but were cancelled by Shandro — along with revisions to stipends, liability insurance and other programs — as the COVID-19 pandemic took hold and doctors began withdrawing services, particularly in rural areas.

Shandro did not say Tuesday why the changes were a mistake. He and Dr. Paul Boucher, head of the medical association, could not be immediately reached for comment.

Physicians are to finish voting on the new tentative agreement by the end of the month. Neither side has released the contents.

Details of the agreement obtained by The Canadian Press specify that the baseline pay for doctors would remain at about $4.6 billion through the four years of the deal, retroactive to 2020 and subject to spending needed to speed up surgeries to reduce wait times.

Last month, the province introduced a budget that set physician compensation at $5.4 billion for the upcoming year, rising to $5.5 billion by 2024.

The proposal does not make any reference to doctors being able to have access to third-party arbitration. It would give the medical association the right to invoke non-binding mediation on key issues.

But if that didn’t work, the document suggests the government would have final say.

Arbitration was cancelled by the province when it threw out the master agreement last year. The AMA has previously cited arbitration as critical given that, for ethical reasons, doctors can’t walk off the job to gain leverage at the bargaining table.

A lawsuit filed against the province last spring accuses the government of breaching collective bargaining rights and negotiating in bad faith.

It came to symbolize a year of bad blood between Shandro’s ministry and doctors. Each mocked and belittled the other on social media and accused each other of cherry-picking statistics.

The doctors groups at one point said its members had no faith or trust in Shandro, while ministry staff dismissed the medical association as a lobby group spreading disinformation.

Shandro has said fundamental changes to physician pay and work arrangements are needed to keep health care viable in the long term.

Alberta is projected to spend $21.4 billion on health in the upcoming fiscal year beginning April 1.