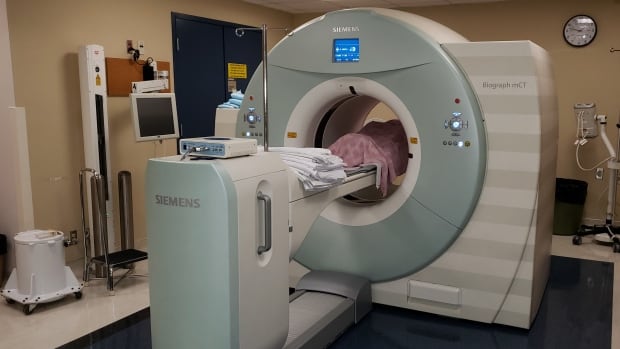 After about a decade of doctors advocating for it, Calgary will get a cyclotron and radio-pharmaceutical facility to improve both access and treatment for cancer patients.

Funding for the $50-million project was earmarked in the provincial budget, with $18.6 million set aside over the next three years to start building the project at the Foothills Medical Centre.

Calgary relies on Edmonton’s cyclotron for the medical isotopes used during PET-CT scans, which allow doctors to detect and monitor cancer. However, outages and an inconsistent supply have led to testing delays.

Minister of Health Tyler Shandro said at a press conference Thursday that these agents also have a short half-life and that only 25 per cent can actually be used after being shipped to Calgary.

“It’s vital that we have access to robust tools which can help diagnosis medical problems or find tumours as quickly as possible and then to guide the target treatment,” he said.

The facility will also produce a consistent supply of radio-pharmaceuticals, which is a special class of drug that can help diagnose and treat many types of cancers, bone disease, strokes, epilepsy and dementia, according to a release.

Shandro noted the investment in this project will also help with other research initiatives and possibly attract scientists and medical experts from around the globe.

Brett Wilson, an entrepreneur and philanthropist, says that six years ago a PET-CT scan was used to discover he had five active tumours — despite an MRI concluding he had nothing “remarkable” to worry about.

Wilson says he’s gone through four rounds of cancer treatment and has had to go to B.C. and Montreal to get access to a cyclotron for diagnosis.

“Bringing the cyclotron to southern Alberta … will save lives,” he said. “With these sort of tools, we can offer that to men suffering from recurring prostate cancer in Calgary and southern Alberta.”

According to the release, final dates for construction are still being set, but the project is expected to be completed in either 2024 or 2025.